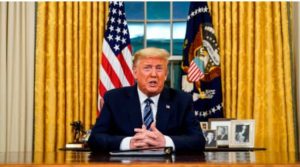 SKYNEWS reports that the Associated Press has projected that President Donald Trump has won South Carolina in the United States.

This online news medium understands that the 2020 US Election is between President Donald Trump and former Vice President Joe Biden. 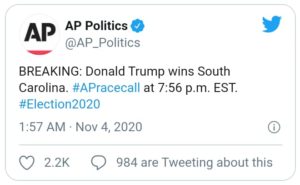 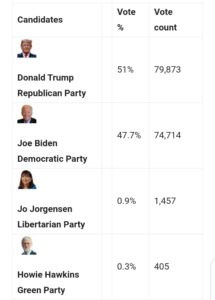 Following the recommendation of Justice Ayo Salami’s panel for the removal of Ibrahim Magu, the suspended acting Chairman of the anti-graft agency (EFCC), feelers from...

Recover Incriminating Items, Drugs In its bid to solidify the security architecture of Lagos State, the Lagos State Police command has relaunched its Anti Crime...

By Abdulkarim Umar Kaura. In their effort to clear armed bandits and other criminal elements so as to return sanity to the Northwest zone, troops...

Abdulkarim Umar Kaura Reporting From Zamfara Governor Bello Mohammed (Matawallen Maradun) has said that dialogue with bandits is still relevant just as he secured the...

Abdulkarim Umar Kaura Reporting From Zamfara Zamfara State”commissioner in charge of Security, Alhaji Abubakar Dauran has escaped death when his convoy was attacked by bandits...

IPAC NEWS: COMMUNIQUE ISSUED BY THE JOINT NATIONAL AND STATE ASSEMBLY MEETING OF THE INTER PARTY ADVISORY COUNCIL OF NIGERIA ON THE 26TH OF NOVEMBER, 2020 IN ABUJA