From exaggerated intellectualism to excessive subtlety, citizens are deserting the good sense of intelligence. Frédérick Jézégou would be right on May 17, 2011 when he wrote in Dicocitations that:

“Excess is a lack of common sense.”

Indeed, how to understand that individuals; public service agents and even bankers are in a position to reject money issued by the Central Bank of West African States (BCEAO) on the pretext that they are overused and would no longer be valid at the risk of causing unfortunate incidents?

The excess has not exceeded the limits of subtlety to the end of religious doctrines when we note that even the pieces of 5f; 10f and 25f of all kinds are not justified located in the wallet of some on the grounds that they would be pieces of sacrifices?

In reaction to the situation, the Minister of the Economy and Finance, Romuald WADAGNI said in a press release dated September 3, 2020 that:

“Smooth coins, having lost their shine or mutilated and crumpled banknotes issued by the BCEAO are still legal tender and discharging power throughout the national territory and in all countries of the West African Monetary Union (UMOA). They cannot therefore be refused in the context of economic transactions ”.

However, “the refusal to receive currency which is legal tender in a member state of the UMOA is punishable by the texts in force”.

This reminder of the national money maker may not have a favorable response if we do not apply restrictive methods in a context where voices have long and vainly called for an end to the barbarism.

Thus, it should be noted that the establishment of a platform for recording complaints and a toll-free number would be a reliable way to discourage the perpetrators of this phenomenon. 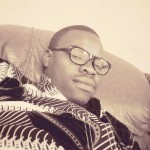 READ  Joe Biden Gives US Soccer Ultimatum After Judge Throws Out Players Request For Equal Pay, When He Becomes President